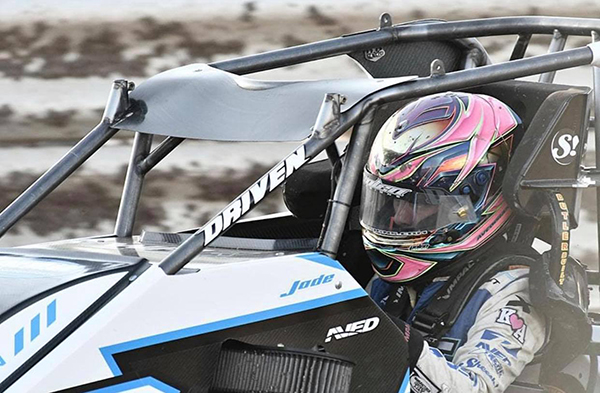 Avedisian won the first heat race of the night after starting seventh to advance into the pole shuffle. She successfully defeated Driven Chassis patriarch Jake Hagopian to win the shuffle for the top spot in the feature line up. The 25-lap contest on the one-fifth mile in Glendale, Ariz. was dominated by her Driven stablemates with Avedisian blitzing to the $1500 victory ahead of Hagopian and Corbin Rueschenberg. The victory is the 14-year-old driver’s first win of the 2021 season as she will compete across both POWRi Midgets and Micro Sprints during a busy campaign.

Friday’s action was run without wings with Avedisian timing in fourth-quickest in qualifying out of the 35 car field. Avedisian drove from sixth to second in her heat race. She then went on to finish third in the feature.

The 2021 California season gets underway this weekend with races on Friday at Keller Auto Raceway Plaza Park in Visalia and Saturday at Stockton’s Delta Speedway. Her next Midget appearance is slated for April 16-17 at I-30 Speedway in Little Rock, Arkansas.